The EPP is grateful to be one of the documentary editing projects to receive a National Archives grant for publishing historical records. This is our project's first direct grant from the National Historical Publications & Records Commission (NHPRC). Since the project was installed at Caltech in 2000, when Professor Diana Kormos Buchwald took the helm as General Editor and Director of the project, several of our editors have attended the NHPRC funded Association for Documentary Editing's Institute for the Editing of Historical Documents. In that light, we have long benefitted from the NHPRC's ongoing backing of projects like ours. We will apply the grant funds to our work in progress on Volumes 17 and 18 of the Collected Papers of Albert Einstein. 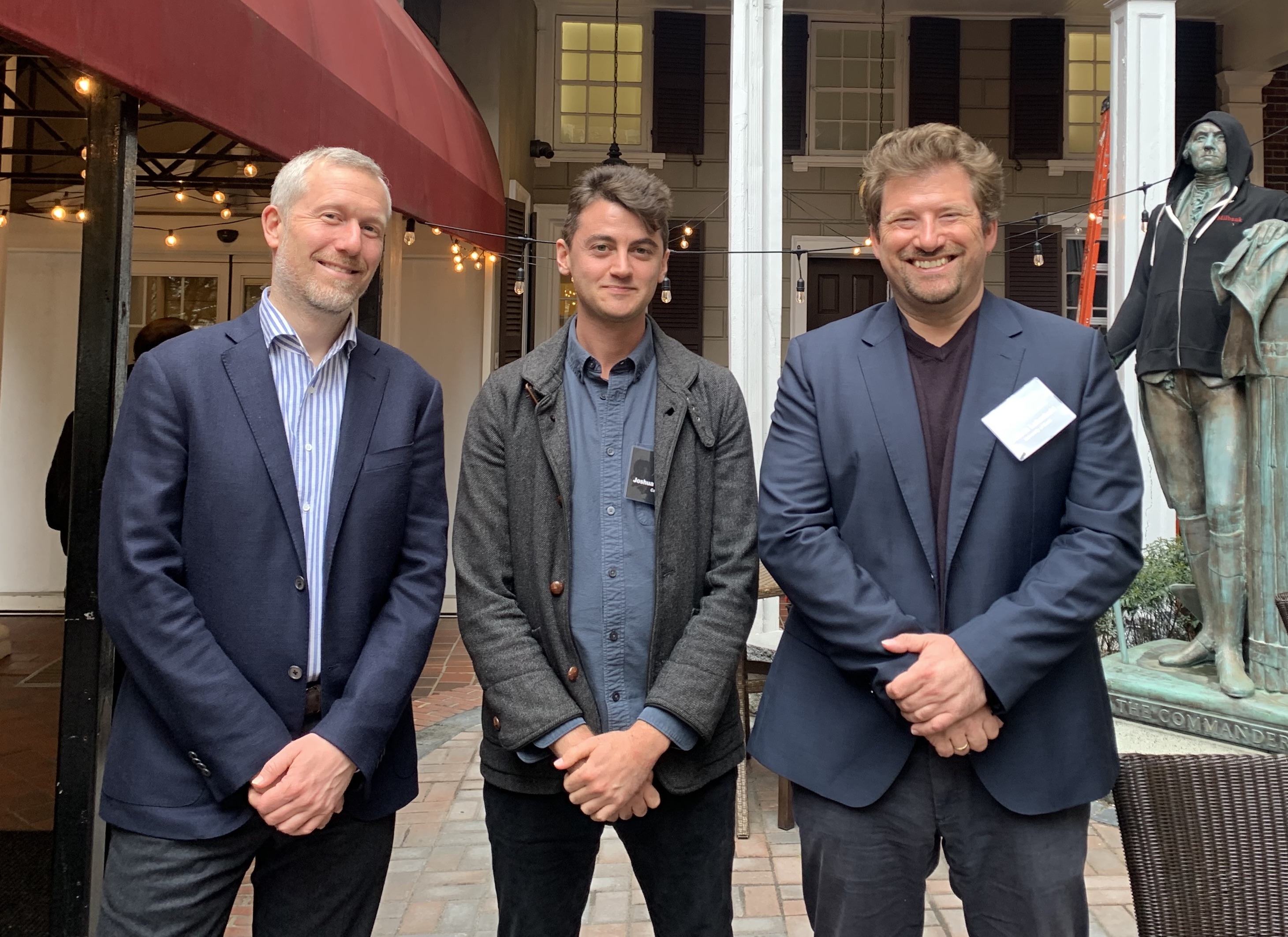 Joshua Eisenthal (at center) was one of three EPP editors to present at the 5th Annual Black Hole Initiative Conference “Beyond the Horizon” in Cambridge, Massachusetts, earlier this month. While there, Eisenthal reconnected with EPP collaborator Dennis Lehmkuhl (at right). Eisenthal was a Heinrich Hertz Fellow in Lehmkuhl's Lichtenberg Group for History and Philosophy of Physics at the University of Bonn, in the winter of 2020-21. A former EPP Associate Editor, Jeroen van Dongen (at left) is a Professor of History of Science at the University of Amsterdam and rounded out the trio of EPP representatives who presented at the conference. 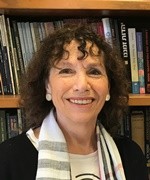 "First awarded in 1953, the Israel Prize is presented annually in four categories — the humanities, science, culture and lifetime achievement — and is considered one of the highest honors in the country." (Times of Israel article from 2022-02-23)

"The Israel Prize is the most important and prestigious prize of the State of Israel. It was initiated in 1953 by the then Minister of Education, Benzion Dinur, and has been bestowed continuously since then. Every year the judges’ committee submit to the Minister of Education their recommendations to give the prize in various fields of activity and creation in Israel. The winners are Israeli citizens – individuals, or in rare cases partners to achievement – who have evinced particular brilliance and excellence, breaking new ground in their field, or making a special contribution to Israeli society." (As described on Hebrew University's School of Social Work and Social Welfare website.)

"Prof. Yemima Ben-Menahem is Barbara Druss Dibner Professor of the History of Science Emeritus at the Hebrew University of Jerusalem and a lecturer in the Department of Philosophy and Jewish Thought at Shalem College. Her areas of expertise are the philosophy of science, in particular the philosophy of modern physics, and the philosophy of history and of American Pragmatism. She is author of Causation in Science (Princeton, 2018), Conventionalism: From Poincaré to Quine (Cambridge, 2006) and editor, among others, of Hilary Putnam (Cambridge, 2005)." (Bio and Photo Credit, Shalem College website.)

One Hundred Years Ago 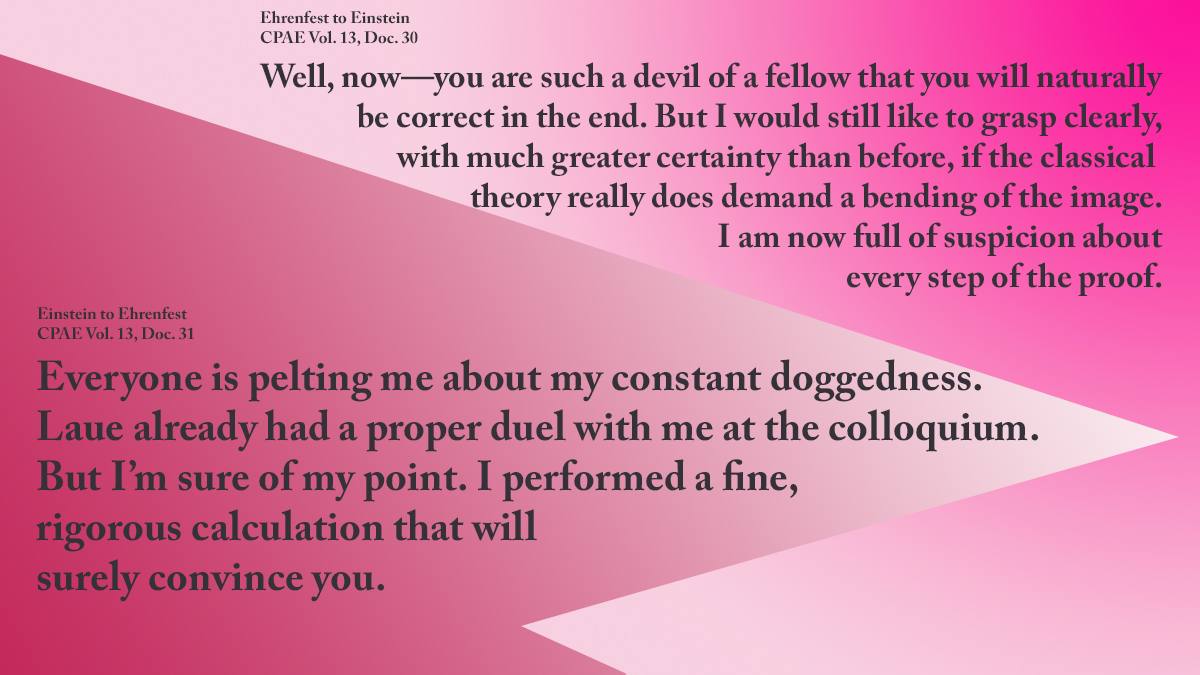 In January 1922, Albert Einstein was engaged in the defense of an idea he was sure would determine the nature of light in quantum mechanics. Many colleagues challenged his work. Einstein grappled with their criticism, acknowledged his mistakes and eventually referred to his work from that period as "a monumental blunder".

For more detail on the above, click on this link to see the thread in our Twitter profile. In it, we include specific references to documents in the Digital Einstein Papers.

Why highlight one of Einstein's blunders on the project home page? It's a matter of perspective. One cannot know one is wrong, or what can be right if one does not try. Let us hope that in 2022: we can explore our options, discuss our ideas with trusted friends and colleagues, and forge ahead to whatever is next. We all make mistakes. As Einstein wrote to Max Born later on, in May of 1922: "Only death can keep one safe from blundering." 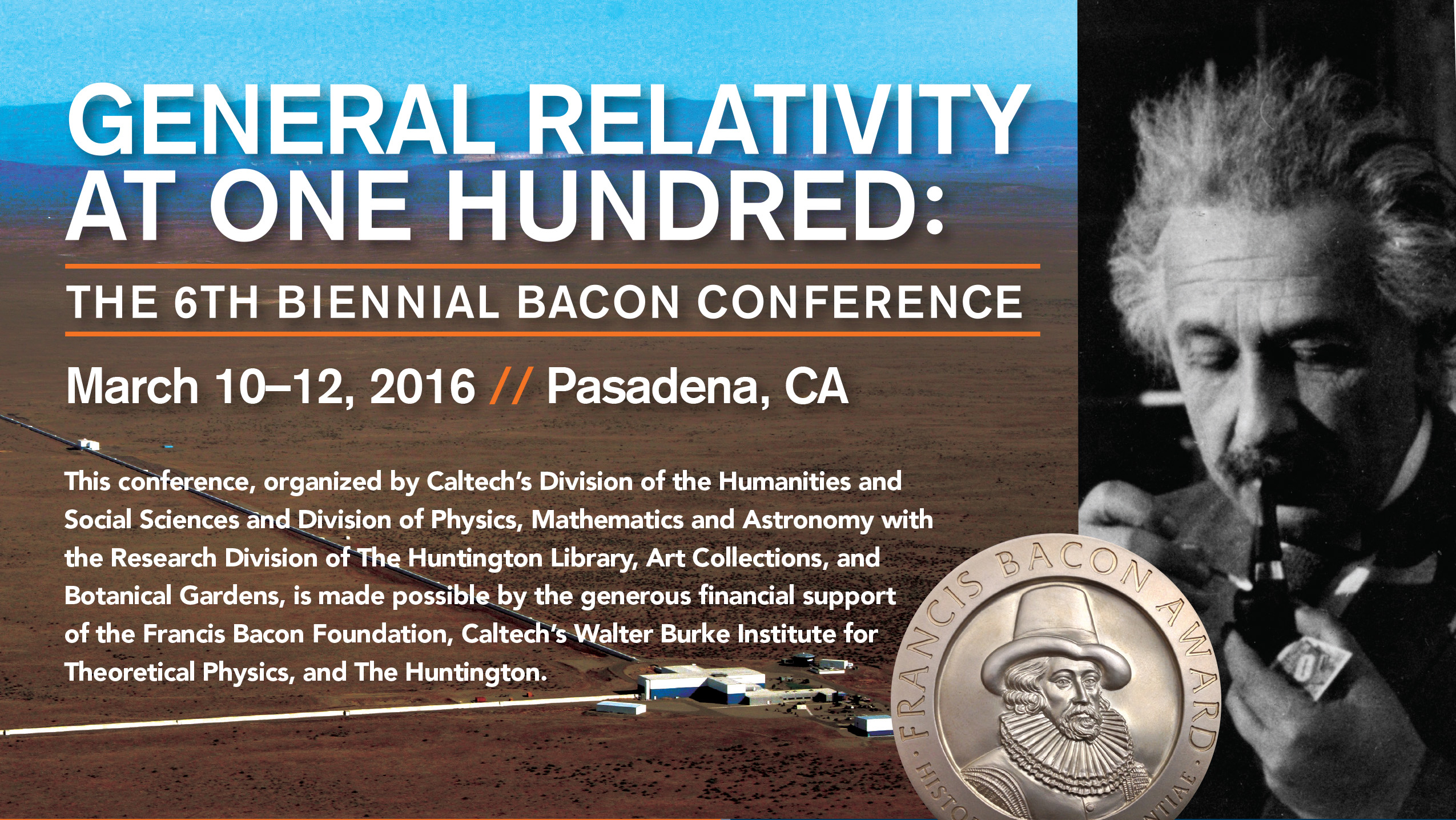 Caltech's Division of the Humanities and Social Sciences together with the Division of Physics, Math and Astronomy and the Research Division of The Huntington Library, Art Collections, and Botanical Gardens co-hosted the Sixth Biennial Bacon Conference General Relativity at One Hundred. If you were not there in 2016, it is now available via podcast. Click here for more information. 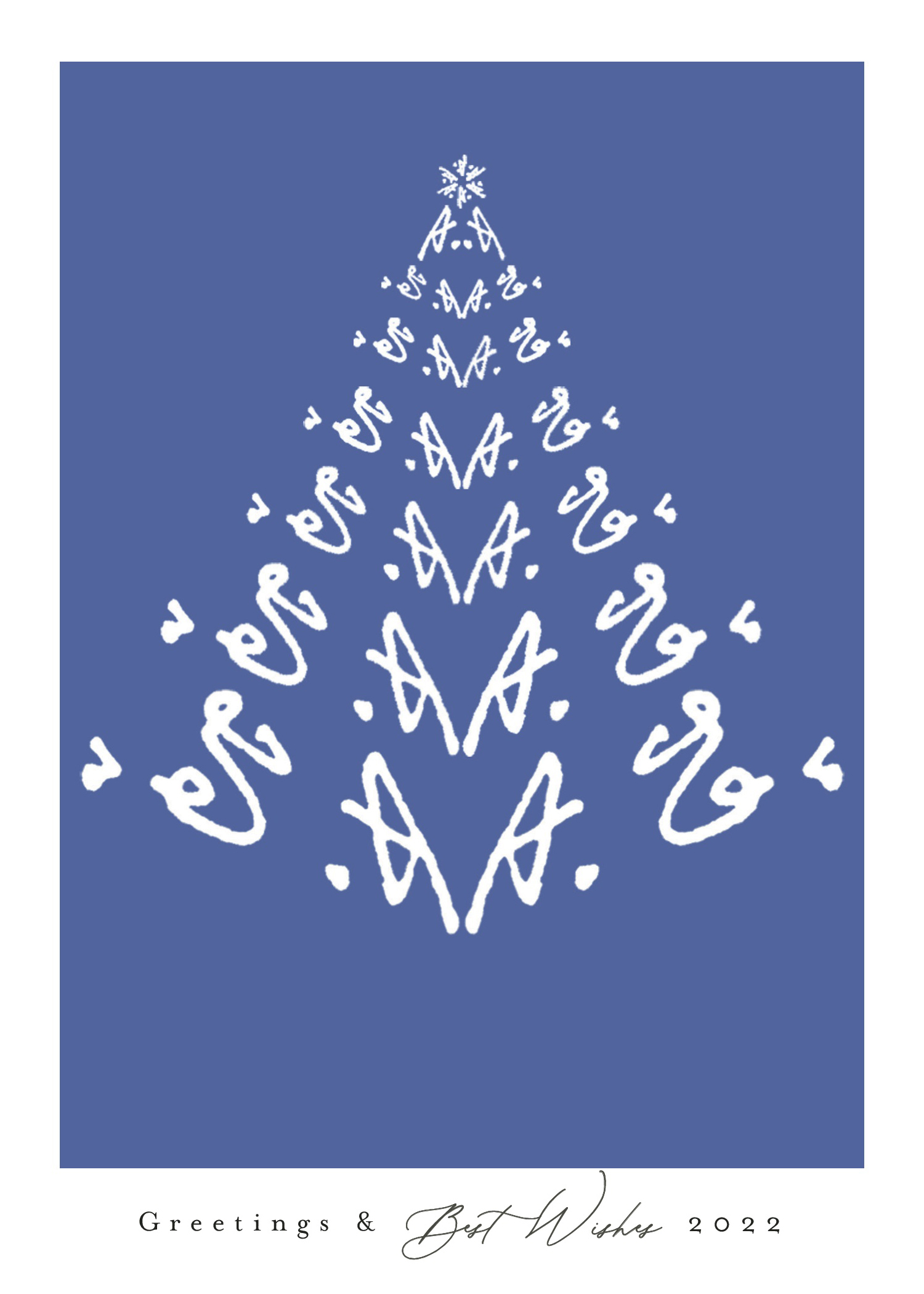 Our big news this year was the release of The Collected Papers of Albert Einstein, Volume 16. The nascent iteration of each CPAE volume is a spreadsheet, detailing all known documents from the time period to be covered. Approximately three years later, the clothbound hard copy and companion translation paperback are released. As the group collaborates on research and shaping the book, individual editors and contributors continue solo projects in their fields of expertise.

Project Director Diana K. Buchwald has long nurtured young researchers. Mara Julseth began work with the EPP in 2013 as a volunteer. Since then, as time and other pursuits permitted, Mara ably assisted us in our research both at Caltech and abroad. She is now solely devoted to completing a PhD at the Institute of Science and Technology, Austria. It was our longtime colleague, Rudy Hirschmann, who connected us to Mara. Rudy’s unwavering dedication to our project began 21 years ago; his knowledge of computer science and German continue to be invaluable resources. Rudy’s recent retirement is well deserved.

Historian Jennifer Rodgers presented conference papers at odd hours over Zoom, among them a seminar on Pacific Standard Time for The Cedars-Sinai Program in the History of Medicine: "A 'New Order' of Obstetrics? Childbirth Cultures in Divided Germany." Senior Editor Ze’ev Rosenkranz’s next installment of The Travel Diaries of Albert Einstein describing Einstein’s trip to South America in 1925, which was covered by our Volume 15, is slated for release by Princeton University Press in 2022. Ze’ev and our colleague Barbara Wolff worked closely with German historian Siegfried Grundmann over many years. His most recent book, Albert Einstein Dringender Appell (1932) und Kongress Das Freie Wort (1933): Eine Dokumentation, will be released posthumously in the spring of 2022. Grateful for his scholarship, the project is sorry for his loss.

Anticipating the deluge of tributes and correspondence that was to arrive less than three months later on his 50th birthday, when asked by newspapers what he wished for the New Year of 1929, Einstein responded: “dass man mich in Ruhe lässt” (“that I be left alone”). Einstein was not given the peace and quiet he wished for, intrusions and interruptions continued. While Einstein may have wanted less fame, and the attendant inconveniences, we are pleased to share his work and thoughts with the scholarly and broader communities of which we are a part. Whatever your particular desires, we wish you and all those you are connected to much health, success, and joy in the New Year.