Princeton University Press is pleased to announce that Volume 14 of The Collected Papers of Albert Einstein (The Berlin Years: Writings & Correspondence, April 1923–May 1925) is now available for access through The Digital Einstein Papers. The latest volume in the series shows Einstein fleeing from Germany in the wake of threats on his life while pondering a unified theory of gravitational and electromagnetic fields.

Those who delve into this digital edition will discover more than one thousand letters and several dozen writings, covering the years immediately before the final formulation of the new quantum mechanics. The discovery of the Compton effect in 1923 vindicates Einstein's light quantum hypothesis. Niels Bohr still criticizes Einstein's conception of light quanta and advances an alternative theory, but Walther Bothe and Hans Geiger perform a difficult experiment that decides in favor of Einstein's theory. At the same time, Satyendra Nath Bose sends a new quantum theoretical derivation of Planck's radiation law to Einstein, who then applies it to the ideal gas and predicts what is now known as Bose-Einstein condensation. Volume 14 also documents his collaborative preoccupation with a large number of new experiments designed to test these subjects, as well as an entire series of theories and proposed observations meant to interrogate what he called the "electromagnetic bookkeeping" of the Earth. These latter ideas were part of his ongoing attempts to formulate a unified theory of the gravitational and electromagnetic fields.

The papers capture personal, political, and tumultuous events during this period. In early November 1923, on the eve of Hitler's beer-hall putsch, Einstein flees overnight to the Netherlands in the wake of threats on his life and anti-Semitic rioting in Berlin. He rejoins the International Committee on Intellectual Cooperation in June 1924, and supports the idea of a European union. He joins the board of governors of Hebrew University, which opens in April 1925, and celebrates the event in Buenos Aires while on a seven-week lecture tour of Argentina, Uruguay, and Brazil. He delivers lectures, meets with heads of state, visits major institutions, and attends receptions hosted by the local Jewish and German communities. He has a serious, but short-lived, falling out with his son Hans Albert and his first wife Mileva Marić-Einstein over how to invest part of the Nobel Prize money and he rescues his sister Maja and her husband from debt on their house. Einstein has a fourteen-month romantic relationship with his secretary, Betty Neumann, which he ends in October 1924.

About the Editors:
At the California Institute of Technology, Diana Kormos Buchwald is professor of history; József Illy, Ze'ev Rosenkranz, and Tilman Sauer are editors and senior researchers in history; and Osik Moses is associate editor.

Read more about the series here. This volume is available in hardcover here. 11-22-16 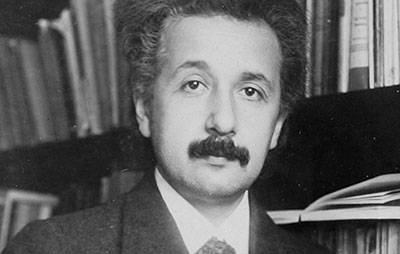 For all of the scholarly influences that have defined Princeton University Press over its 111-year history, no single personality has shaped the Press's identity as powerfully, both directly and indirectly, as Albert Einstein. The 2015 centenary of the publication of Einstein's "Theory of General Relativity" as well as the affirmation this past February and again in June of the discovery of gravitational waves has encouraged us to reflect on this legacy and how it has informed our identity as a publisher.

The bright light cast by Einstein the scientist and by Einstein the humanist has shaped Princeton University Press in profound and far-reaching ways. It expresses itself in the Press's standard of scholarly excellence, its emphasis on the breadth and connectedness of liberal learning across all fields, and in our mission of framing scholarly arguments to shape contemporary knowledge. All the while, Einstein's role as a citizen of the world inspires our vision to be a truly global university press. [Read More] 10-19-16

Einstein and Mach: Creating History and Philosophy of Physics as a Discipline
Dennis Lehmkuhl 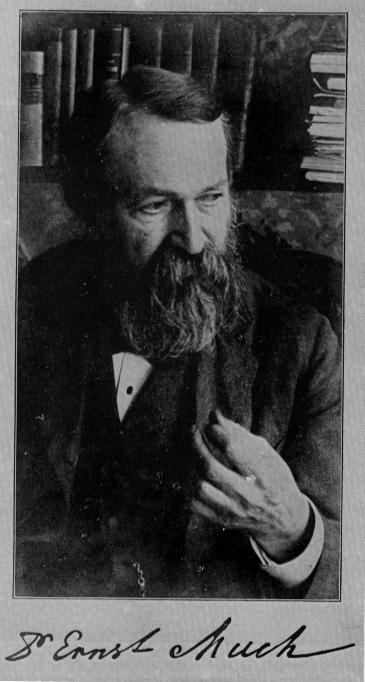 The year 2016 marks not only the 100th birthday of Einstein’s first comprehensive review paper of the general theory of relativity and his first (faulty) prediction of gravitational wave solutions . The year also marks the 100th anniversary of Ernst Mach’s death. Many may know the name only because of Mach’s scale of faster-than-sound velocities (Mach 1, Mach 2, Mach 3…). But Mach was also a historian and philosopher of science who had a decisive influence on Einstein’s way of thinking about physics.

Mach’s influential book, “The Science of Mechanics; a critical and historical exposition of its principles”, helped his appointment to a specially created chair in “the history and philosophy of the inductive sciences” at the University of Vienna in 1895. Mach combined careful and critical historical work on the development of physics with deep reflections on its conceptual foundations. As Don Howard recently pointed out at the 2016 Vienna Conference celebrating Mach, around 1900, every literate German-speaking reader of Mach would have recognized the book’s subtitle as an allusion to the method (not the content) of biblical hermeneutics: the aim was not just to use and summarize the science of mechanics but also to interpret it while studying its history, and to uncover its truly fundamental principles.

While working as a patent clerk in Bern, Einstein studied Mach’s history of mechanics with his reading group – the self-mockingly named Olympia Academy. Doing so was an eye-opener; he was particularly impressed with Mach’s criticism of Newton’s concept of absolute space. Mach sided with Leibniz against Newton, arguing that the motion of a body was to be defined only relative to other bodies, rather than with respect to absolute space. Equally important for Einstein was Mach’s idea that whether a body moves free of forces or not was also a relative matter. This provided a strong impetus for generalizing the relativity principle from inertial motion to all kinds of motion --- thus, for the general principle of the relativity of motion that Einstein used in the construction of the general theory of relativity. Indeed, in 1918 Einstein remarked that up until then (i.e. up until three years after the formal completion of the theory) he had not carefully distinguished between what he now called Mach’s principle on the one hand, and the relativity principle on the other. In the next post of this series, we will see how Einstein came to disentangle these principles, and how he fought hard to keep Mach’s principle as one of the fundamental pillars of relativity theory even after the principle came under pressure by work on solutions of Einstein’s gravitational-inertial field equations.

Follow this link to see Einstein’s obituary for Ernst Mach, reproduced as Document 29 in Volume 6 of the CPAE. Here is a direct link to our English translation of the obituary. 07-15-16 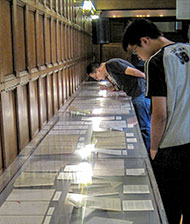 On February 16, 2016, the Division of the Humanities and Social Sciences and the Einstein Papers Project opened an exhibition of Einstein manuscripts, calculations, letters, books, and photographs from the Albert Einstein Archives at the Hebrew University in Jerusalem. The exhibit runs February 16-23 in Dabney Lounge, after which time it will be moved to the Einstein Papers Project February 24-March 9 (10am to 4pm M-F). (pdf)

On Thursday March 10, 2016, Prof. Jürgen Renn, Director, Max-Planck Institute for the History of Science, Berlin, will deliver the 6th Biennial Bacon Award Public Lecture on "The Genesis and Transformation of General Relativity" at 4pm in Baxter Hall, Caltech. The lecture will be the opening event of GENERAL RELATIVITY AT ONE HUNDRED: THE 6th BIENNIAL BACON CONFERENCE. 3-4-16

Ripples in Spacetime One Hundred Years after Einstein: LIGO, Gravitational Waves, and the Long Road from Prediction to Observation

Gravitational waves do exist, as has been announced today with great joy by the scientists of the LIGO collaboration, after more than two decades of intensive experimental work.  Collaborative work on the historiography of 20th century physics by the Einstein Papers Project at Caltech, the Hebrew University of Jerusalem, and the Max Planck Institute for the History of Science carried out over many years has recently shown that the prediction of gravitational waves emerged almost exactly 100 years ago, in mid-February 1916, from an exchange of letters between Albert Einstein and the astronomer Karl Schwarzschild. See the full story here.

Einstein's Legacy: An Origins Project Panel took place on 22 February 2016 at Arizona State University. Frank Wilczek, Kip Thorne, and Diana K. Buchwald joined Lawrence Krauss in discussing insights into Einstein and his most famous work, exciting developments in physics, and what we can expect in the next 100 years from this groundbreaking theory. 2-11-16

Highlights in the History of General Relativity

On February 3, 2016, Diana K. Buchwald and Jürgen Renn presented highlights in the history of general relativity at a celebratory dinner for Caltech Associates at the Athenaeum Faculty Club. 2-4-16